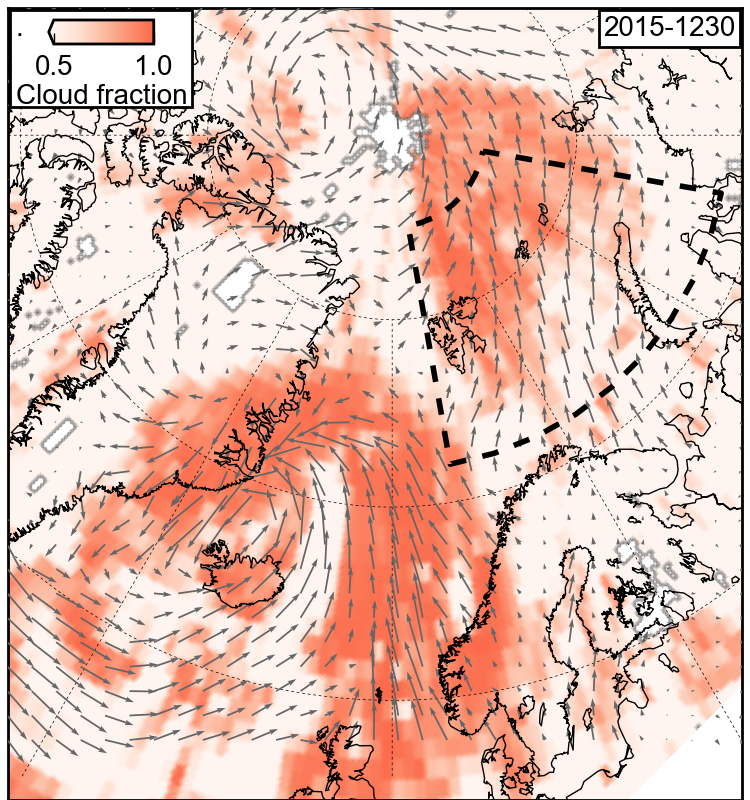 Atmospheric data from the Atmospheric Infrared Sounder (AIRS) were used to study an extreme warm and humid air mass transported over the Barents-Kara seas region by an Arctic cyclone at the end of December 2015. Temperature and humidity in the region was ~10 C (> 3sigma above 2003-2015 mean) warmer and ~1.4 g kg-1 >4sigma above 2003-2015 mean) wetter than normal during the peak of this event. This anomalous air mass resulted in a large and positive flux of energy into the surface via the residual of the surface energy balance (SEB), compared to the weakly negative SEB from the surface to the atmosphere expected for that time of year. The magnitude of the downwelling longwave radiation during the event was unprecedented compared to all other events detected by AIRS in December/January since 2003. An approximate budget scaling suggests that this anomalous SEB could have resulted in up to 10 cm of ice melt. Thinning of the ice pack in the region was supported by remotely sensed and modeled estimates of ice thickness change. Understanding the impact of this anomalous air mass on a thinner, weakened sea ice state is imperative for understanding future sea ice-atmosphere interactions in a warming Arctic.